Detroit SOUP is a program of Build Institute. Our offices are located 2701 Bagley, Detroit, MI 48216 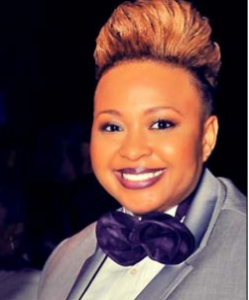 Jacquise A. Purifoy, Esq. is the Entrepreneur in Residence and Build Institute Facilitator. She was sworn into the State Bar of Michigan in November 2010. Prior to private practice, on April 1, 2011 she was hired by U.S. House of Representative Hansen Clarke (MI-13) as his Chief Correspondent. In this role, she was solely responsible for orchestrating policy positions and legislative responses to constituents. Then as Clarke’s Community Grants Coordinator she worked directly with key federal and state business and civic leaders to identify small business and economic development initiatives in Southeastern Michigan. Jacquise wrote over 200 letters of support for businesses and non-profits in Metro Detroit securing over $9 million in funding. She also initiated a partnership with the Michigan Community Action Agency providing $84,000 in home weatherization upgrades to close the energy affordability gap for low-income households. Jacquise is a zealous advocate for people in her community and was profiled in Dbusiness Magazine’s 2014 Top Lawyers Edition. She was featured in Legal News’ Motion Magazine as a young lawyer with a sharp, energetic mind, and burgeoning talent committed to Detroit’s rejuvenation. B.L.A.C. Magazine recognized Jacquise as a local Hometown Hero. Jacquise’s most memorable professional moment is having the opportunity to visit the White House on behalf of the citizens of Detroit and to personally meet President Barack Obama twice! 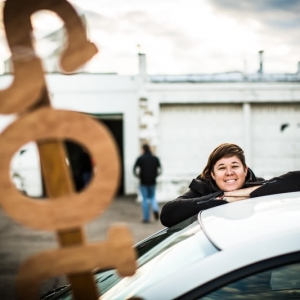 Amy Kaherl is the co-founder of Detroit SOUP and now is the CEO of Global SOUP. In her spare time she is the Director of Curation and Programming at Ponyride.

Amy received her MA in Theology (emphasizing in popular culture) in 2008 from Fuller Theological Seminary.  Detroit SOUP is a microgranting dinner that celebrates creative projects in the city and has helped Detroiters giving back to Detroiters over $140,000 towards art, social justice, social entrepreneurs, education, technology and urban agriculture. The model is now being replicated in over 170 cities around the world.  Ponyride is a collaborative makerspace.

Amy and SOUP have recently been honored as a White House Champion of Change for their crowdfunding efforts and have been recently awarded the German Marshall Memorial Fellowship and Red Bull Amaphiko Entrepreneur. While not running SOUP, Amy also moonlights as DJ Amy Dreamcatcher with the monthly party, Nothing Elegant.

Ora was born in Jefferson City, MO but raised in Louisville, Ky. after being adopted by a wonderful couple there. She has been here in Detroit for all of her adult life and spent 30 years working for the Department of Human Services before retiring in 2002. Ora has spent countless hours volunteering with a number of organizations, including the Prison Fellowship, after school programs in Detroit Public Schools, Grandparents Parenting Again, the Brightmoor Alliance and her church, Fellowship Chapel under the leadership of Rev. Wendell Anthony. Although Ora’s hands are full with all of these activities, she still finds time for some of her favorite activities: bargain shopping, Sassy Purple Pearls chapter of the Red Hat Society and her grandchildren. Ora’s favorite verse is “To Whom Much is given much is required” and Ora definitely believes that if she “can help somebody then her living will not be in vain.”

Brittany, a proud native Detroiter earned her BS in Mathematics from Spelman College and her MBA from the Tepper School of Business at Carnegie Mellon University. Brittany has experience in marketing, new business development, retail analytics and community development. She also enjoys being in fellowship programs and, as such, is an alumna of the Consortium for Graduate Study in Management, Education Pioneers and Challenge Detroit Fellowship Programs. Currently, Brittany is the founder and Lead Program Manager at The Amber Agency, LLC, where she provides business management services to small businesses and non-profits. Brittany loves Detroit and is excited and blessed to be playing a role in its resurgence.

Amanda Lewan is an entrepreneur and award-winning writer. She is Co-founder of Bamboo Detroit, the city’s largest co-working community. She is founder and editor of Michipreneur, a regional digital publication on entrepreneurship and innovation. Amanda is inspired to build creative communities and tell stories that unite others. She received a Bachelor’s in Professional Writing from Michigan State University and a Master’s in English from Wayne State University.

Becki is a Program Manager at the Grandmont Rosedale Development Corporation (GRDC) in Northwest Detroit and has been a resident of the Grandmont Rosedale community since early 2012. She received her Master of Social Work degree from the University of Michigan and is currently pursuing a Master of Urban Planning at Wayne State University. In addition to her work at GRDC, Becki has more than five years of experience in community organizing. She has previously lived in Grand Rapids, Michigan; Fredericksburg, Virginia; Sao Paulo, Brazil; Seoul, South Korea; Rabat, Morocco and Athens, Greece. In her free time, Becki volunteers as Co-Editor of her neighborhood newsletter, the Grandmont #1 Informer, and is currently working on writing a series of progressive-themed children’s books.

Elizabeth Mays was born and raised in Detroit, and currently resides in the University District Community on the city’s Northwest side. Growing up, her mother (an educator) and father (an entrepreneur) taught Elizabeth and her siblings the importance of giving back to help empower people and communities. After graduating from Mumford High School, Elizabeth attended Western Michigan University (her father’s alma mater), where in 2011 she earned a bachelor’s degree in Communications: Film, Video and Media Studies, studies in Engineering: Graphic & Printing Sciences. She immediately returned to Detroit and is now founder and CEO of MCS Multimedia, a vibrant company celebrating its 5-year anniversary (2016). Elizabeth has followed in the entrepreneurial footsteps of her grandfather and father, both of whom once owned and operated one of the city’s most storied printing companies. Now, as a third-generation entrepreneur, Elizabeth is intent on writing new chapters of entrepreneurship that will always include empowerment of her community. Elizabeth serves on several boards, inclusive of Livernois Corridor SOUP, which she has been a member for three years. In 2016, she was elevated to serve as its Board Leader. Always motivated and looking for opportunities to serve the community, Elizabeth remains committed to helping make a difference.